‘Tis the season of the works Christmas Party, but employers and employees should be wary of things getting out of hand, as such get-togethers, often fuelled by alcohol, can bring risks. 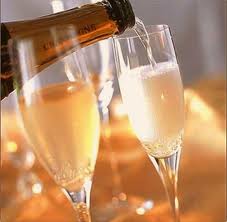 In the case of Gimson v Display by Design, in December 2011, Mr Gimson was walking home with colleagues after their work Christmas party. He had an argument with one of his colleagues, then punched another colleague who was trying to diffuse the situation, causing him serious injury. His employer instigated a disciplinary procedure, and subsequently sacked Mr Gimson for gross misconduct. Mr Gimson claimed unfair dismissal, arguing that the incident could not have been misconduct as it happened outside the course of employment, and that he received disproportionate treatment compared to his other colleagues involved in the fracas.

The Employment Tribunal found that the employer had reasonably concluded that events after the work Christmas party were sufficiently closely connected to work to have had an impact. If employees get into a fight, with serious injury, after a work party, the fallout would obviously have a negative effect on the working relations of those involved. “But for” the Christmas work party, these employees would not have been together, leading to an assault.

The ET also found that the dismissal was a reasonable response to the misconduct, the assault had been unprovoked and the other employees involved were not to blame and therefore received less serious disciplinary treatment.

A second case which highlights the dangers of Christmas “fun” involved the massive Swedish retailer, Ikea Ltd. Mr Bhara was considered to be a “well-regarded” employee who had organised the company’s Christmas party. Towards the end of the evening Mr Bhara warned a colleague, Mr Sutton, not to drink too much as he was at work the next day. Mr Sutton reacted badly and a “tussle” took place between the two men.

Both men subsequently played down the seriousness of the “wrestling match”, described by them as “mates having a laugh”. The employer decided to dismiss Mr Bhara on the basis that he was guilty of a “physical assault” which had a “damaging effect on the Ikea brand and therefore brought the company into disrepute”. Mr Bhara appealed against the decision but was unsuccessful, and decided to claim unfair dismissal.

The Employment Tribunal agreed with Mr Bhara that the employer could have handled the dismissal better, but also agreed that Ikea’s reaction had been within the range of reasonable responses, given the extent of their investigation and a genuine belief in Mr Bhara’s misconduct. Ikea were permitted to consider that a fight between employees as a serious matter, even if the men had played it down afterwards. The ET concluded that whilst dismissal was not necessarily the default setting in these circumstances, sacking Mr Bhara for misconduct was certainly an option open to the employer.

Employees should therefore be wary when out for a night on the town with their colleagues and employers….just because you are not physically in the office does not distance you from an obligation to ensure your conduct does not damage either relations with your employees or indeed the very brand and reputation of your employer.